I am Dennis Crompton, born in Lancashire in 1929, living in New Zealand since 1954, and writing ever since. I hope you enjoy this selection of writings from a Lancashire lad. I will be adding to them over the next few months. The offering below is a description I wrote of myself in 1999. Enjoy!

Who I am: I am a white male, English born, now a citizen of New Zealand, married with a wife and three daughters. We are cared for by two cats left by daughter Sara as an aid to reducing blood pressure and for something to talk to when hearing aid batteries run flat. This appears to have worked as we are both still here. The SPCA have noted that neither of the cats can reproduce, balancing things out nicely, as my wife and I find ourselves in the same happy state now.

What I am: a retired secondary school teacher writing for pleasure, with previous experience in the motor trade, driver of armoured fighting vehicles in the British Army, catering in the Royal New Zealand Air Force, and as a minister of religion in two New Zealand churches.

Where I’m at: wherever I’ve gone I’ve gained a variety of friends, but only a select few know anything of the real me. My outward appearance gave me no advantage at all re Hollywood, the stage, mincing down the catwalk of high fashion or sipping cocktails and nibbling canapés with the rich and more than slightly batty expressing just how daft they are when it comes to the appreciation of art.

With regard to looks: wearing spectacles has handicapped me with a rating of below-your-average ordinary. I dress as the occasion demands and finance permits. I’d be lost in a crowd of anything up to six. Less, and I’d still be overlooked. I’m in no way phased by this. My quiet and placid nature forbids it, which suits me just fine.

As a young soldier in my late teens, the major of my regiment was convinced of what I was. As his driver-batman I’d left a pile of hedge clippings on the ground at his home intending to pick them up later. The following morning he told me quite forcibly, in the hearing of his good lady wife and two young daughters, that I was an idiot. To be precise, he said, “Crompton. You’re a blithering idiot, man. A blithering idiot.” I murmured a respectful, “Yes sir,” but pondering later on ‘blithering’, I realised I’d not understood the word until I met the major.

Later, when he’d gone off to play soldierly things with his regiment, his lady wife said quietly and with some understanding, “I’m sorry for the way my husband spoke to you, Crompton. Don’t take any notice of him.” I’d answered with a smile and thought, Oh I don’t, Mrs R, then we had morning tea together. I told a mate about it, a chap who’d joined the regiment on the same day as me. His reply has remained with me ever since: “She’s all right. He’s just a string of piss. Ignore the bastard.” It’s a colourful phrase, and though I’ve never used it myself, it summed the major up just fine. You’d agree if you’d met him.

I’ve met his type wherever I’ve gone, some applying pressure when I was vulnerable and not able to counter their actions. Like most folk I learned to live with the fact and get on with life. They didn’t know or care about me; they used me to maintain their own position. Of course there were others who did not and I’m grateful to many people who helped me to become the kind of person I am today.

If I seemed to have lacked ambition, it was because I was rather late in ‘finding myself’. I can tell you that I have the normal desires that come with being human. I acknowledge my feet of clay, not as an excuse for mistakes made but in recognition that I and my fellow humans are capable of both noble and degrading things. That being privileged to be born as I was does not permit me to criticise others born into less favourable, even appalling situations. I appreciate music and literature and can be moved by both. I enjoy meeting people from other races and nationalities and hope that something of the grace and charm I’ve seen in some of them may have rubbed off on me. I loathe brutality whether physical or psychological, especially of those unable to defend themselves. Over the years I’ve watched as others were hurt by harsh, unfeeling, martinet-type people and resolved never to become like them. I felt better in putting others first and some have understood this to be weakness on my part, presuming I lacked backbone and resolve. The truth was I felt there was a better way of doing things and generally kept silent until I possessed all the facts which then gave me the confidence to speak or act.

It was in New Zealand that I first understood I had potential. I was encouraged to improve myself and appreciated when I succeeded. I felt most privileged in being a teacher, where I was able to encourage those who had potential too.

I live in the present but draw on my past experiences from time to time. I’ve become a kind of introvert with shades of an extrovert, rather like an actor, desiring to play a small part every now and then. I do this best when reading something I’ve written to a selected few. I believe that when I’m dead and gone I’ll have a kind of future in my daughters and my writings. I’ll leave it to them should they desire to express how this might be.

In my writings I’ve shared my opinions and given expression to my thoughts and feelings with what I believe is warmth and humour and understanding … and this is me. 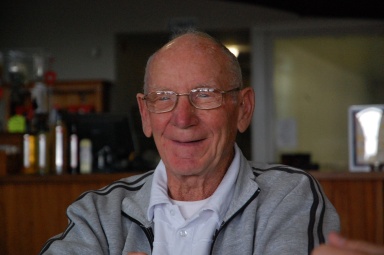 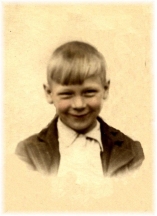